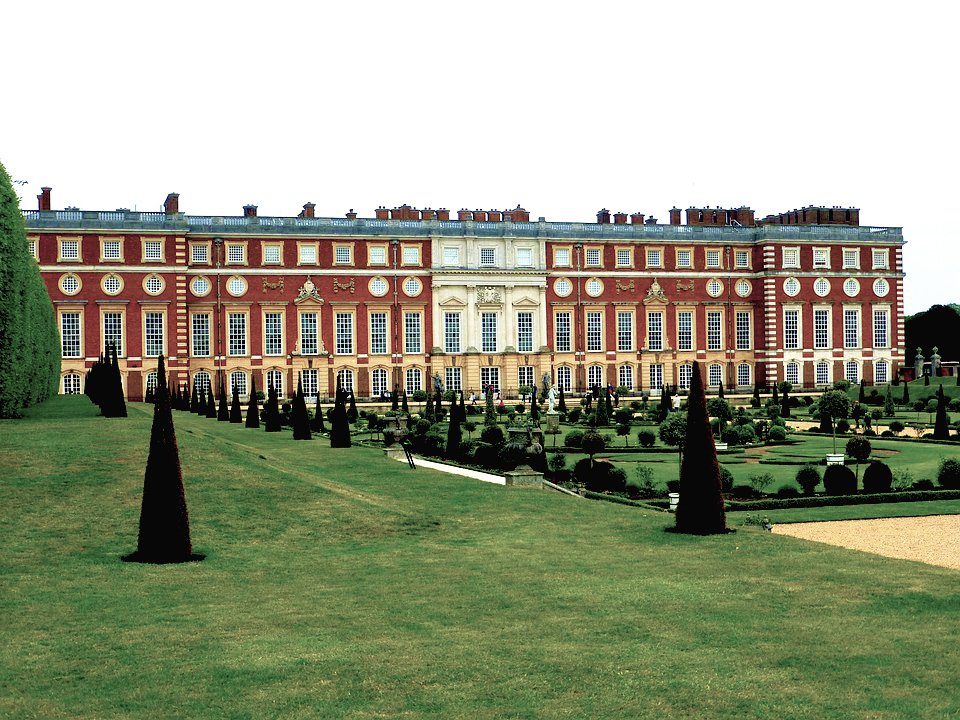 Henry VIII was the original Brand Image Maintenance icon if ever there was one.  If you saw the recent documentary on Hampton Court Palace, you might have thought that it was the start of a Tudor Grand Designs series. Henry VIII had over 50 palaces by the end of his reign during which he embarked on a never-seen-before campaign of courtly magnificence and splendor.

Henry VIII’s palaces made bold statements. Go to Hampton Court and be in awe of the intricate designs of the many chimneys that dominate the palace roof tops.

Yet these chimneys were functional and all connected to heated rooms. Henry was anxious that his guests – whom he were no doubt trying to impress at being at the cutting edge of fashion – should have the luxuries of the day.

Breaking rules was also one of this monarch’s characteristics. His volatile relationship with his wives and the Church blew like the wind, and his palace design preferences were no less eclectic. 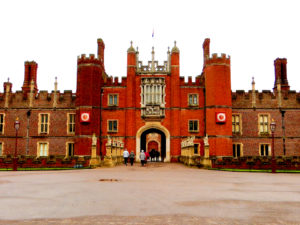 They were a melting pot of his love of gothic, classical, medieval and Italian Renaissance and bearing in mind that each palace would have taken years to build, their individual design would have echoed the trends of the day.  Non the less impressive in that visitors to the royal court would have updated the king on what was in vogue elsewhere in the world, which he would, of course, feel the need to copy. No harm in that; that’s what makes the world go round. We do it to this day.

There are lots of venues, that have invested a small fortune to open and attract in the first instance, then sit back and think ‘that’s it’. 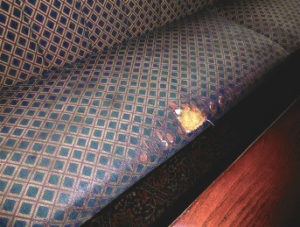 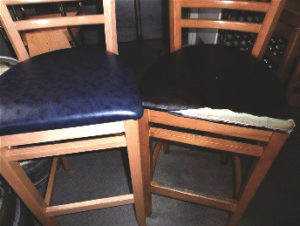 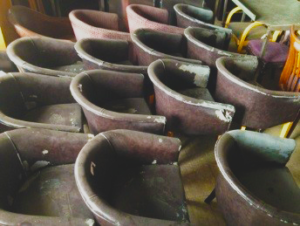 So which of these photographs represent Good Brand Image – the stained or the worn furniture? I would not be too happy to have these in my home, so why do managers or venue owners think it’s a good move to keep them in pubs or restaurants? Venue owners/managers really need to include a maintenance budget to kick in, say, a year after the initial investment. Wear and tear isn’t going to go away; stains on fabrics from spilt food and drink is bound to happen. Sliding across seating in studded blue jeans will cause surface damage as well as leave dye transfer. Burn marks are all to common on furniture even though you cannot smoke in ‘public’ buildings. Ditto knife cuts. It is an accepted fact of life (another) that customers don’t treat other people’s furniture in the same way as they would their own.

This is not shabby chic – just plain shabby.